A little over a year ago, Mr. Raila Odinga, a man known in Kenya as its strongest opposition leader then, sworn into office as the “people’s president” of the Republic of Kenya months after the legitimate president, His Excellency Uhuru Kenyatta was sworn into office after having won a disputed election in the country, a position Mr. Odinga refused to recognise as legitimate. 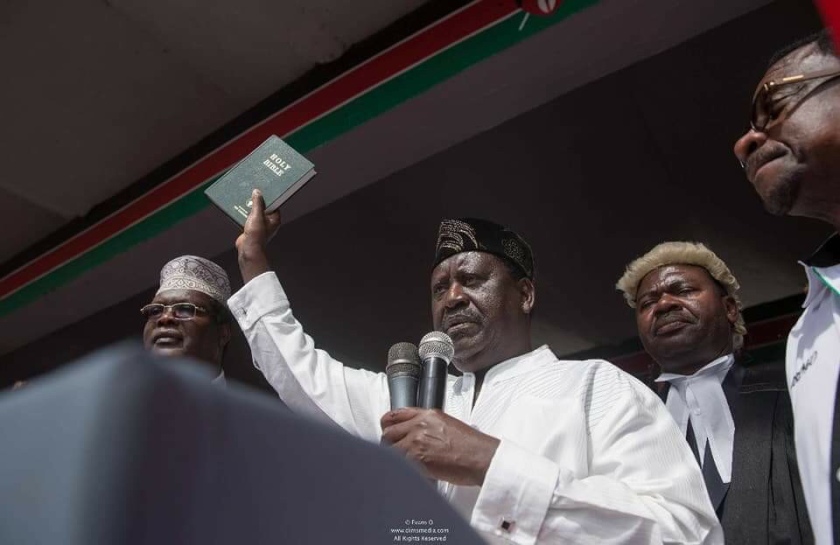 The entire development in Kenya attracted the attention of the world. Sitting back here in Ghana, with the little I was able to monitor, I feared greatly for the people of Kenya, and especially for the women and children who are the most affected with the threats of violence that was looming in that country.

Kenya is a thriving economy with many progresses made in various sectors. Kenya, presents a model for many African countries that are still in the grip of acute poverty and deprivation.

However, as with all African countries, there are issues of unemployment, the very phenomenon that makes potent any act of political violence.

With elections that were seen mainly won on ethnic lines, sparking political violence along those lines would have been easy, but deadly. Although not without violence and loss of lives, the people of Kenya, the mediators, in addition to the commitment of the president, His Excellency Uhuru Kenyatta, ensured the infractions were resolved. This came as a surprise to many analysts who feared moves to reconcile President Kenyatta and Raila Odinga was almost impossible.

It must be noted here that Mr. Raila Odinga had been tremendous. Having committed so much into his political career and having built a certain political niche for himself, he had the grounds to frustrate the government of President Kenyatta. But, he chose to rally the support of his followers towards ensuring a united Kenya. He agreed to let go of all wrongs done him and his team of supporters and placed the interest of the Kenyan people above his personal desire to be president. 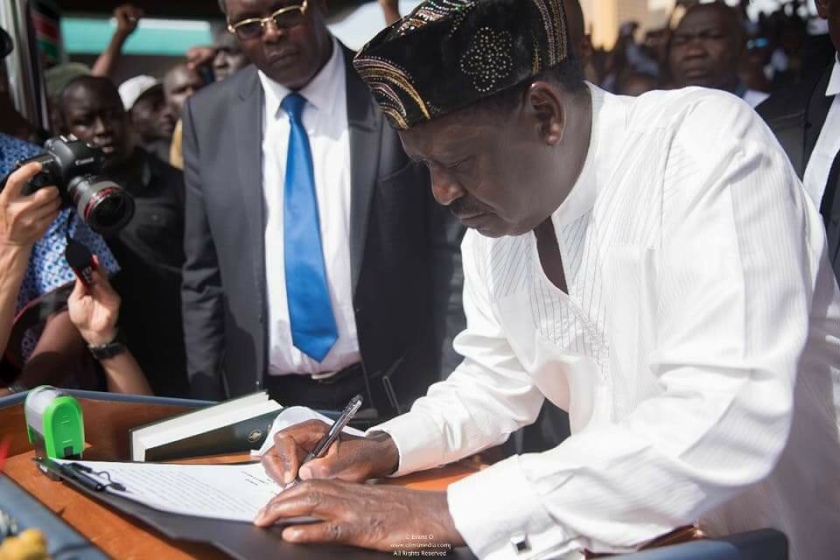 Sitting from afar, we thought president Kenyatta would apply brute force to ensure that the rising political tension that was building up as a result of the parallel political activities of Mr. Odinga, was crashed. We thought he would deploy the security on the opposition when the event that appeared to cast doubt on his authority as president was being conducted.

However, we were wrong. President Kenyatta knew his country. He knew his people. He knew that he required a rather peaceful country to be able to implement his policies and to alleviate the sufferings of the people.

Instead, he engaged men of integrity. He ensured that dialogue was adopted in the entire mediation process. He accorded Mr. Odinga the full respect he deserved as a statesman and elder. He ensured that he saw him as a brother and a partner in the building of the democracy Kenyans must be proud of.

He cherished the nation and anticipated that his greatest force was in national cohesion. In order to bring the Kenyan people together, he knew that the top of the political echelon must be united. So he set out to be an example to the nation.

I have taken an interest in the character Kenyatta because I noticed that he was so close to my country, Ghana. I realised that he has some genuine love for this country anytime he appeared on its soil. Perhaps, he might have taken great inspiration from the life and work of Osagyefo Dr. Kwame Nkrumah who was then on an African union agenda at the time his father was leading the Kenyan people.

From far away here in Ghana, I have monitored and have seen a genuine heart that is so committed to the people of his country, the country his father was once a president of. I followed his commitment to hand over close men to be scrutinised in order to ensure he run a government that is clean of corruption – a canker that has eaten deep into governments across Africa.

I have seen his unforgiving force in dealing with terrorism in his country as he seeks to bring people and investment into his country following the negative image the country attracted in a similar operation some 6 years ago that took many lives including that of a Ghanaian patriot and Professor, Professor Awoonor at Westgate shopping mall in Nairobi, Kenya. Kenyatta has been one African leader I keep watching from my small corner in Ghana. 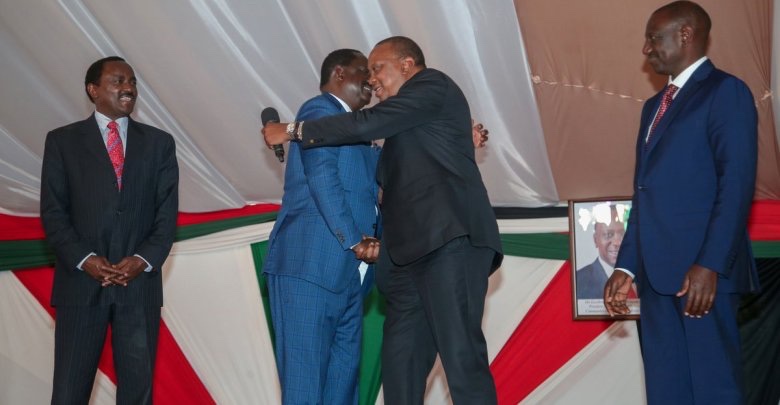 As I seek to draw down on my little observations of the man Kenyatta, I must express my delight to what he was able to do with the complete collaboration and commitment of Mr. Raila Odinga. When I watched the national event that saw the two leaders with their avowed lieutenants stood on the platform in front of the clergy and those who mattered and reconciled their differences and apologised to each other, my admiration for the two men rose higher.

These men, saved Kenya from the political violence that would have derailed the progress of the country. Today, we watch how political violence is depleting the huge investments of nations. It is nothing pleasant when at each passing moment, people live in fear. Children cannot rise each day without the trembling greetings from gunshots, something that has become their daily routine, where citizens rise to one bomb attack or the other, and the constant international interventions in the name of protecting lives.

Indeed, Mr. Odinga, made things beautiful on that day with his speech. He reconciled his followers and in effect, reconciled the Kenyan people behind the president Uhuru Kenyatta.

One year after this step began, it was as if it never happened because the country’s president was focused on what was right for his people. 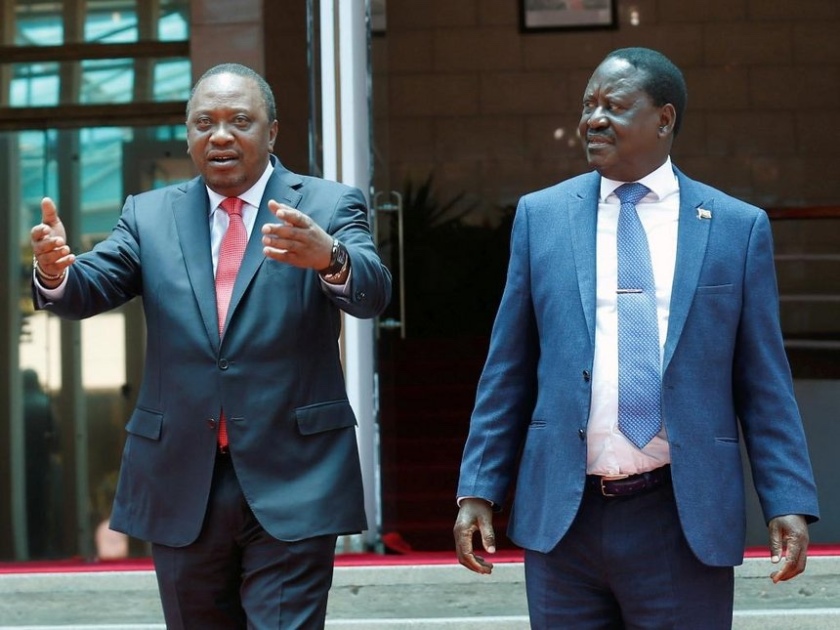 To the two gentlemen of Kenya, Uhuru and Raila, the people of Kenya owe you a great depth of gratitude. The mandate of the people of Kenya must be managed to their delight. The citizens must see development that would renew their faith in the government of the country. They must be assured that their reconciliatory conducts were appreciated and was for their good.

2 thoughts on “KENYATTA, ODINGA: THE SYMBOL OF NATIONALISM”